9 Reasons to Reject a Job Counter-offer 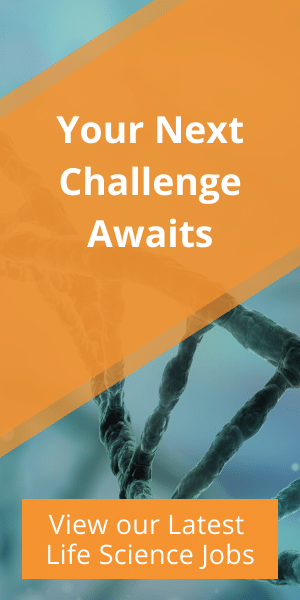 So here is the deal. You’re disappointed with your salary and career progression is flat. When a conversation with the CEO confirms a raise is not on the cards, you start accepting calls from headhunters and recruiters keen to speak with you about opportunities they are working on. It wasn’t long before you interviewed for and received an attractive offer from a medical device manufacturer that has been making global headlines. The salary and benefits are excellent and you know that you’ll find the work both challenging and engaging in equal measure.

Fired up on your success,  you submit your resignation. A few minutes pass before you are called into the CEO’s office. She expresses her concern at the thought of losing you and offers to raise your salary to match what the other company offered you. She also hints that one of the department heads will be retiring soon, and you’d make the perfect successor.

It’s a story that plays out time and time again. All companies are anxious to retain their top talent, especially senior managers and executives in the life sciences.  So when key personnel resign, companies often make a counteroffer to the employee looking to resign, even if they refused that person’s request for a raise in the past.

You may be tempted to accept and stay with your current employer for reasons such as:

Should you accept this counteroffer? Knowing that the organization values you so highly is gratifying, but is it in your best interests to stay?

The answer is no. Counteroffers may be flattering, but they rarely address the reasons for your resignation. Here are nine reasons to resign and explore a new career opportunity.

1. The reason why you explored other prospects

Think about the reasons why you started looking to other roles. Chances are salary was an issue, but not the entire problem. Perhaps you felt you were stagnating, with few opportunities for advancement, or you acknowledged that you were comfortable but unable to fulfil your potential. Other reasons might include:

Getting a raise is, at best, a short-term solution. According to Forbes, employee turnover is not related to salary – only 12% of employees leave for more salary reasons.

As the saying goes, it’s not always about the money. Unless your reason for resigning was 100% financial, the same problems will remain after you accept a counteroffer.

2. How far are you through the process?

If you were headhunted, the fact that you responded and have taken time away from work to interview suggests that you’re interested in new opportunities even if you weren’t proactive in searching for them. If you have put time and effort into securing a new job offer with better pay and career progression are you willing to walk away?

What does the potential new employer offer that your current one does not?

Are they offering you a better work-life balance whereas your present company requires you to come in early and leave late each night?

Have they assured you that you’ll be working with a mentor while the current employer leaves you to figure things out on your own?

Do they provide better perks and benefits?

If these are things that matter to you and you’re reasonably sure your company won’t provide them, accepting the counteroffer is probably not in your best interests.

4. You know your value

Your CEO offers a pay increase, which could motivate you to stay, but only if the salary was the reason you decided to resign.  Before you accept the counteroffer, ask yourself why your original request for a raise was declined even though your performance review was positive.

The probable reason is that your organisation wanted to pay you less than your worth. The CEO was perfectly aware of the value you bring, but hoped that you were less well informed. If you hadn’t made the first move by actively seeking or accepting a better role, they would still be taking advantage of you?

Do you want to remain with an employer who does not value who? One who compensates talented executives fairly only when faced with a threat to resign? This practice is indicative of a corporate culture that doesn’t support or reward its workforce.

RELATED: Looking for Senior Management and Executive opportunities in the life sciences?

Money may be the only thing that changes with a counteroffer. How long until the other problems you identified resurface.

What will your situation be like in six months’ time? At best, it will be status quo. At worst, management might take advantage of you once again, piling on the pressure and workload without appropriate compensation. At worst, they may start seeking your replacement, someone who will passively accept the workload without questioning whether the salary is fair.

In either case, you will regret your decision to stay. 85% of employees who accept a counteroffer end up leaving the company, voluntarily or involuntarily, within a year. That speaks volumes.

Even if you accept the counteroffer, the company will never see you in the same light. Your resignation will be seen as a lack of commitment, which may result in the following:

If money was a factor in your decision to leave, ask yourself why they are offering it to you now. Where did this money come from, and would you have gotten it anyway?

You also have to ask yourself whether you are penalising yourself by accepting a raise now. Will you still be eligible for a bonus or raise in future, or will you have to threaten to leave again to receive the compensation you deserve?

In all likelihood, the counteroffer is not designed to keep you, but rather spare the company the cost of replacing you, which is generally 25-40% of your salary.

8. Their motives are in their best interests, not yours

Recruiting and training new employees is one of the most significant business expenses. As mentioned previously, it can be more cost-effective for your organisation to retain you rather than hiring and training a replacement. A good rule of thumb is to reject any counter offer raise of less than 25%. If they refuse, don’t regret declining the original offer: if the company is only trying to retain you because it’s less expensive than finding a replacement, your career development will suffer.

Unless the original issues magically resolve themselves, you’re likely to regret your decision to stay. Will you ultimately feel as if you’ve been bought and spend the rest of your time with this company wondering “What if?”

While no one can predict the future, if your career progression is flatlining, exploring new possibilities can be worthwhile. You could make unprecedented progress in your career path. At the very least, you won’t be left wondering what would have happened if you had refused the counteroffer and embraced new opportunities.

What to do instead

Although counteroffers can be flattering, the risks may exceed the rewards.

Politely decline the offer at the time it is made or thank them and say you will consider it, even if you know you’re going to refuse. Explain that the new role is a better match for your career ambitions, and then proceed to do what’s right for you.

* Fraser Dove International is a specialist executive search firm operating exclusively in the Life Science industry. Passionate about people, we take pride in helping exceptional life science organisations source the talent they need to design, manufacture and distribute life-changing drugs, treatments and devices which transform and save patient lives.

We use cookies to ensure that we give you the best experience on our website. If you continue to use this site we will assume that you are happy with it.Ok